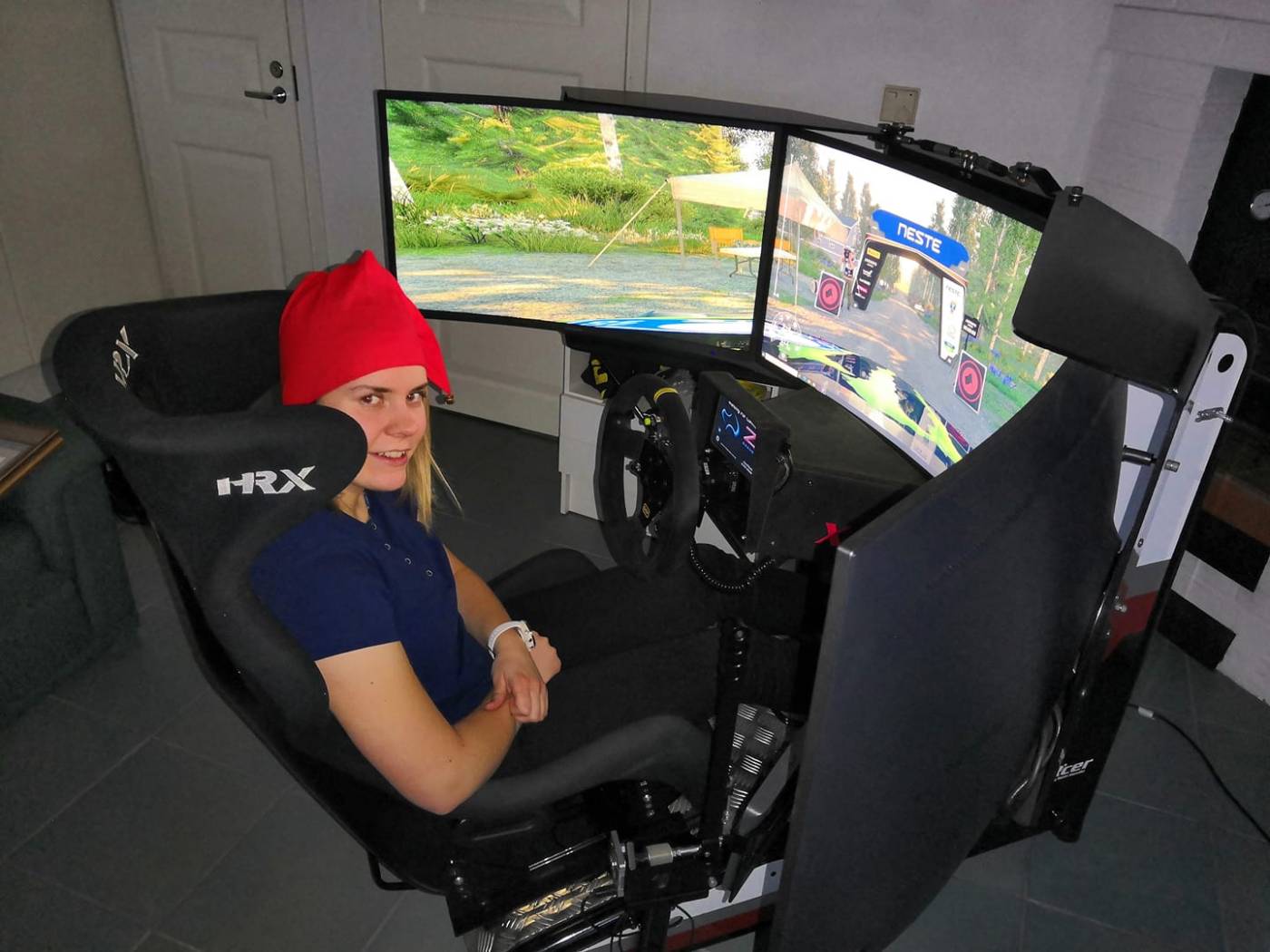 In January 2022, Europe first presented its Continental Final, and two women were selected as joint winner to go into the Women’s Final – Maja Hallén Fellenius from Sweden and Katie Milner from the UK. 14 women European countries participated in the European Final in Estering. Today, we give you the story of one of the top finalists – Suvi Jyrkiäinen.

© All photos provided by Suvi Jyrkiäinen

Coming from a motorsport family, Suvi Jyrkiäinen started racing when she was 15 years old. She won best rookie driver in 2016 Finnish Championship with Honda Civic, and have gathered several podium finishes in the next few years. She started rallying in 2019, and finished second in the class in her first event. We caught up with Suvi after the European Final, let’s see what she has to say about her experience during the European Final and her career.

Paddock Sorority (PS): What was your first exposure to motorsport? What made you decide you wanted to be a driver?
Suvi Jyrkiäinen (SJ): Motorsport has always been big part of my life since so many people from my family have been involved. I was 15 years old when I started racing in Finnish Championship with Honda Civic. It was always clear for me that I will be driving something one day since I was a small girl.

PS: You are from a rallying family, but it doesn’t look like you landed on rallying initially, what aspect of rallying attracts you now? Would you still consider other racing disciplines?
SJ: I have always loved rallying and that’s what I have wanted to do since very beginning. Since I didn’t have any karting background, we thought it was a good idea to start with racing to learn car handling etc. And during my years in racing I definitely learned a lot!

PS: What has been your best memory in your career so far?
SJ: Maybe my first podium position in Finnish Championship and my first and only rally so far! It was so much fun.

PS: Has there been a very difficult time in your career? How did you get through it?
SJ: It has been difficult to deal with technical issues but they are part of this sport and you just have to get used to it and move forward quickly.

PS: How did you find out about Rally Star? What made you decide you wanted to participate?
SJ: I think I first saw it on Facebook and it was clear to me immediately that I want to participate. It seemed like an really incredible opportunity!

PS: What did you think were your strengths and weaknesses against other competitors in the program?
SJ: I have quite a lot of experience from different types of vehicles on different terrains. My background is racing, but I still have driven sideways quite a lot, especially on snow and ice.

PS: Are there any special preparations/training you did for Rally Star?
SJ: I was driving with crosskart in Finland, but they were of a quite different type than the ones we drove in Germany. Anyhow I had some feeling how crosskarts are to drive.

PS: Tell us a little bit about your journey to Estering and how your weekend went? What are the memorable things along the way?
SJ: I had a good run in Stage 1 and was the fastest woman so I was pleased with that. At Stage 2 I had some problems with the gearbox, but still managed to be 2nd fastest woman of the stage. Even tough, I didn’t make it to Stage 3 which made me disappointed. Anyhow this was a really nice experience and I’m grateful that I got the chance to go there!

PS: Unfortunately you didn’t make it into the Women’s Final, but what are the lessons learned from this experience that you think you can benefit in the future?
SJ: This was my first shoot-out event and I learned how things are working in these kind of events and what the procedure is. I’m definitely smarter know if I got a similar opportunity in the future!

PS: What are your plans for this year?
SJ: My plans are not clear yet, I’m going to test Rally4 car this week. For sure I’m driving a lot of iRacing with my X-R’cer similator. 😉