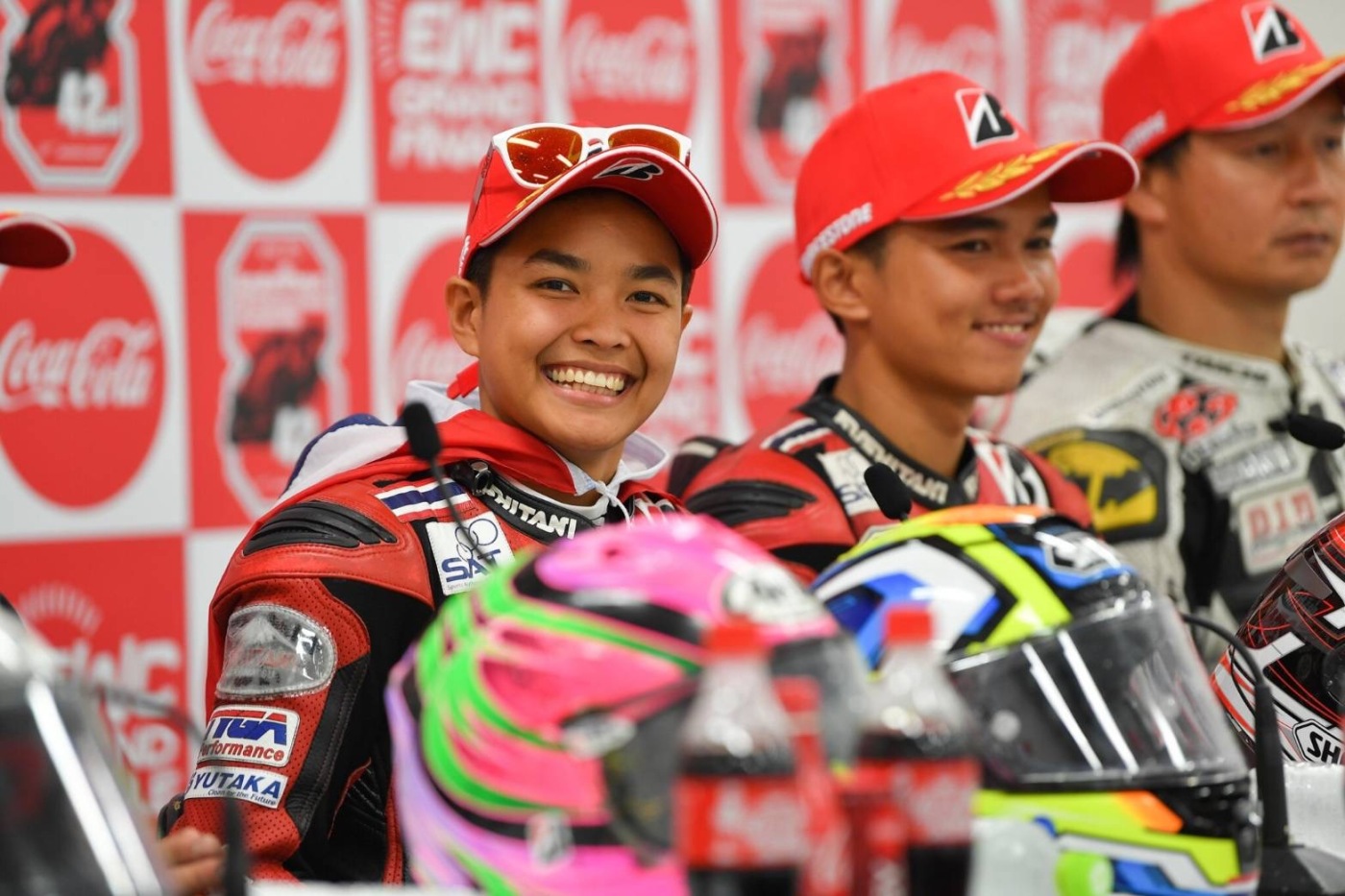 In 2015, at 22 years of age, Muklada Sarapuech (nicknamed Mook) became the first female rider to win a title in FIM Asia Road Racing Championship (ARRC) history by winning Asia Dream Cup. After her title win, she was offered the chance to step onto the international stage to join the last two rounds of the FIM CEV Repsol Moto3 Junior World Championship in Jerez and Valencia. However, injuries prevented that dream from coming true. With help from her AP Honda team, she came back and trained extremely hard to get back to 100% again and continued to shine in ARRC. In March 2018, in her second season in Asia Production 250 class with AP HONDA Racing Thailand team, she became the first female rider to win a race in the class.

Outside of ARRC, Muklada debut in the 2019 edition of the Suzuka 4 Hours Endurance with her team, after having to withdraw from the 2018 race due to injuries. She made history again by becoming the first female rider to win the Suzuka 4 Hours.

2020 season will be her fourth season with AP Honda Racing Thailand, and the team has announced that she will move up to SuperSport 600 class, becoming the first female rider to ever race in that class for a full season. Right now, Muklada is continuing her physical training and bike practice to better adapt to the new bike. Next Monday (March 2nd), she will join the rest of the field for the pre-season test in Sepang International Circuit. We had the opportunity to have a short Q&A about her career, let’s see what she has to say about all her history-making so far.

Paddock Sorority (PS): What is your goal for your rookie season in SuperSport 600?

Muklada Sarapuech (MS): I hope to be able to get to the top 5 in the races. I’ll be very happy if I can do it in every race. Podium finishes would be the next goal in longer terms.

PS: You started riding at 10 years old, how did you get to know motorcycles and start riding it?

MS: When I was a child, I went to some events and started riding a motorcycle, just like a lot of other kids. Then someone saw me riding and brought me into the motorsport world.

PS: What made you decide you want to be a professional rider?

MS: I like motorsport and racing because of the speed. It has always been my dream. I feel like the finish line is my destination.

PS: There are many successful Thai and Southeast Asian riders who made it into MotoGP, any role models for you?

MS: Ratthapark Wilairot is my idol. I also really like Marc Marquez, because he is a very cool and intelligent rider.

I never stop training. Every day I do the best I can to get my physical strength strong enough for new opportunities, such as this 600cc opportunity or endurance racing opportunities. I want to make my dream come true.

PS: Last year you participated in Suzuka 4hr for the first time, what special preparation you did for that race?

MS: I was working with my coach and our team to develop and practice the riding plan for an endurance race. I hope to have the opportunity to return and defend our crown this year!

PS: What is a typical training day for you, and what is a race day like for you?

MS: I think every day is a bit different. For the races, I must be really focused with a lot of pressure on me. Also, there will be a lot going on with my team and fans by my side. Blessings from my mother and grandmother are the best encouragements for me on a race day.

I enjoy standing on the podium. But I also really hope to coach young kids to be able to do that too.

PS: What do you think are your strengths and weaknesses as a rider?

MS: I think my determination is both a strength and a weakness. Sometimes I’m too determined and that can destroy me too.

PS: Is there a favorite circuit for you?

I would like to say to the young girls to come and ride and compete because motorsport will be a colorful and fun field for them.

2020 season of ARRC will officially kick off in Sepang next weekend after the test (March 6-8). This season, the ARRC circus will again return to Zhuhai International Circuit for its fourth round. We wish Muklada and the AP Honda Racing Thailand team a splendid season ahead.

We would like to thank Muklada Sarapuech, Kannika Kanlapapuk from AP Honda Racing Thailand team, and Paulynne Cheng from TWMR (Two Wheels Motor Racing), promotor of ARRC, for their help and support for the interview.