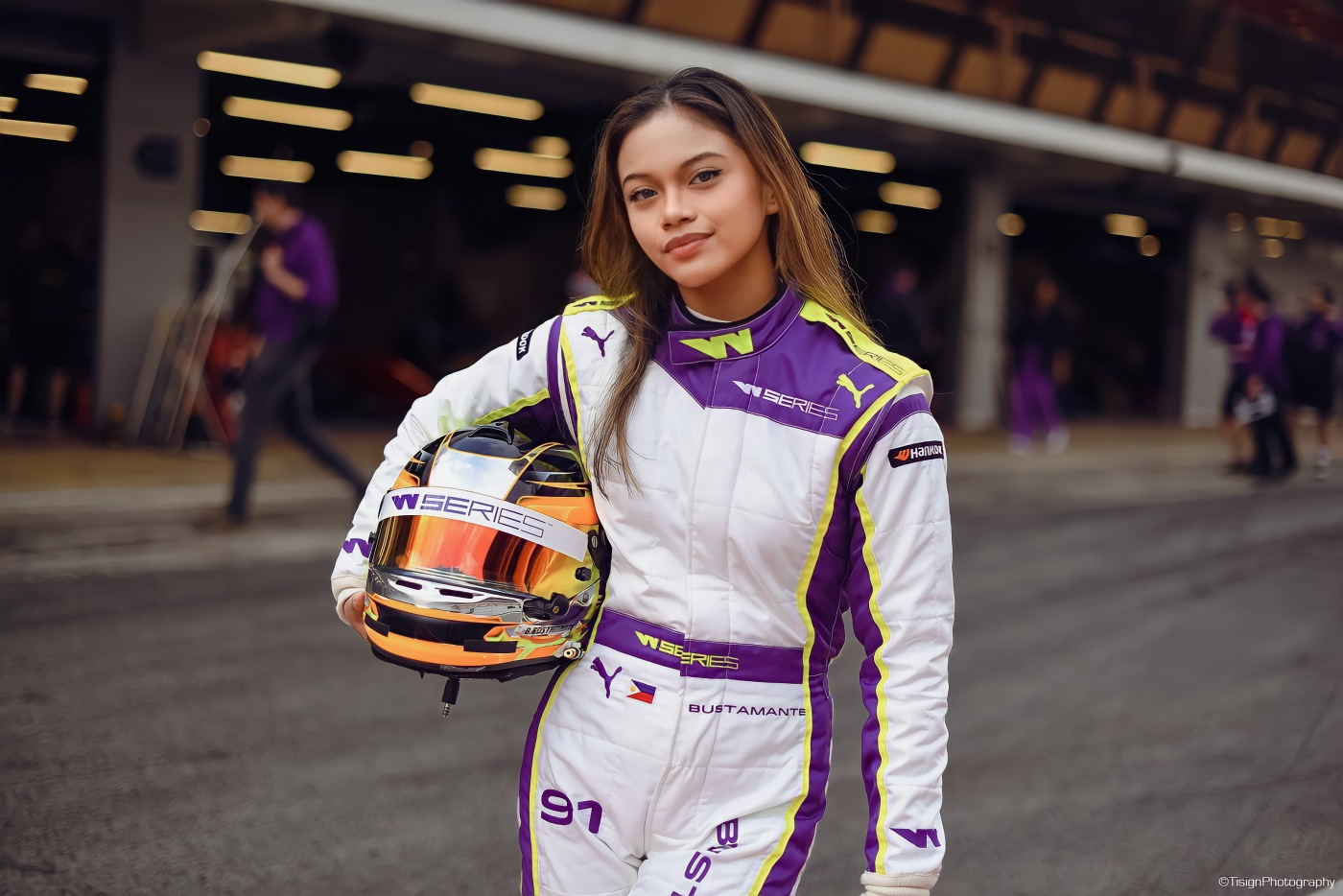 Bianca Bustamante is one of the rookies for the 2022 W Series season. From the Philippines, she fell in love with motor racing from a young age but never believed that she would progress this far in her career at such a young age. We caught up recently to chat about everything W Series and a little extra. Energetic, professional and with a go get em attitude, it’s not hard to see what W Series spotted in Bianca. Mark me words, she’s one to watch in the future of motorsport – both in W Series and beyond.

What first got you into motorsport?

So my Dad was a karter, so it kinda ran in the family and resonated with me. He would bring me along during his racing time so I would see him race. Eventually, I picked it up and told him that I wanted to do it. So he got me a kart when I was three years old and that’s my first memory of ever driving a kart.

What was the W Series Test in Arizona like?

It was just shocking to me to see the sheer number of girls that were there! But I knew most of them and I’ve watched most of them and with they all have some much experience. Then there was me who’s never even driven the car and in my head I was thinking, I’m the least experienced driver here. So I thought, I’m either going to do really good – or I’m going to crash the car! But thankfully, it went my way!

You’ve seen been confirmed to join W Series with the Academy Team which guarantees you two seasons in the series – what does this opportunity mean to you?

It means a lot! From being grateful to even be in the shoot-out to getting two years in the series is crazy. It’s a big jump and I’m really really grateful that they see my potential and that they’ve put their trust in me to continually grow in the series. They’ve told me that they see me growing outside of W Series too so it’s not just these two seasons. For them to see me as this rising star, it gives me a great confidence boost and now I really have everything I need to make it.

What are your ambitions for this year then?

The goal for this year is to eventually make it onto the top spot on the podium. I know it’s going to be a lot of work and as everyone knows, W Series only had 30 minutes of practice so I’ve only got this 30 minutes to learn the track and so I’m basically thrown in at the deep end! I do hope that I get to show some speed!

If you could have dinner with any two celebrities, which ones would you choose and why?

Oh that’s tough! Oh gosh. I think the racing questions are easier to answer! But I’m a big Marvel fan so I’d have dinner with Thor and Captain America (Chris Hemsworth and Chris Evans)!

Thanks again to Bianca for taking the time to chat and we wish her the best of luck for the W Series season. W Series kicks off for a double header in Miami on the 7th and 8th May 2022.